Check out the Wall of Champions!

The excitement of the NJCAA World Series happens only once each spring, but the drama of the national championship is visible throughout the year, every year, at David Allen Memorial Ballpark.

The ballpark in downtown Enid, home of the World Series since 2009, now has a “Wall of Champions” featuring the name and photo of every player on a championship team since the Series has been in Enid. Displays for each year also show the winning coach, World Series program, championship game box score, action photos and full-size sports pages featuring the championship stories and headlines.

The displays for each year are accompanied by a separate display with the team photo and full roster of every team that has won an NJCAA D2 World Series championship in David Allen Memorial Ballpark. 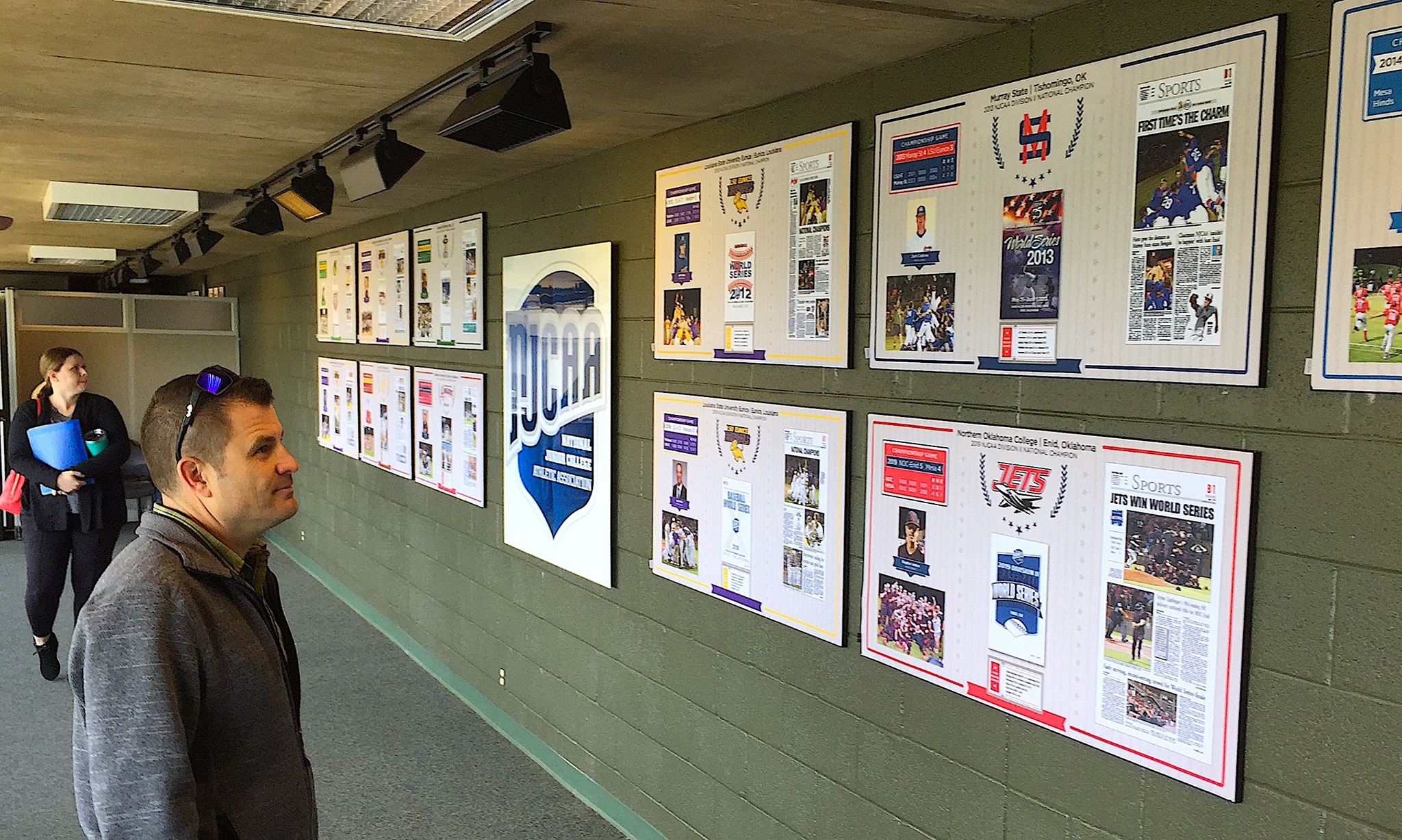 “That was one of the important things we wanted to do. If you won a championship here, your picture and your name are forever on the wall,” said Jay Hoberecht, longtime Enid sports broadcaster and local sports historian.

The Wall of Champions was envisioned and created by Hoberecht, who also is official scorekeeper for the NJCAA World Series. Design and display were done by Kevin Friesen of Friesen Design, with cooperation from the News & Eagle/Eagle Marketing and NJCAA schools. Support was provided by Bill Mayberry, director of David Allen Memorial Ballpark.

The Wall of Champions is located in all-weather, enclosed rooms just above the ballpark concourse on the third base side. Admission is free to anyone already inside the ballpark. The displays will be open and available to fans whenever the ballpark is open.

Why do a Wall of Champions? “To enhance the ballpark experience for fans,” Hoberecht explained. It’s a tribute to the caliber of baseball played by NJCAA teams, and the permanent displays let players and fans relive the excitement of past World Series championships.