Familiar Faces At The Ballpark 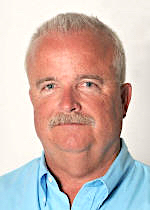 As director of the ballpark since before it opened in 1999, Bill Mayberry has guided the growth of the public facility and its use for baseball, softball and various community activities. An Enid native, Bill is a graduate of Phillips University with a master’s from Oklahoma State University. His extensive baseball coaching career includes being an assistant coach for Oklahoma City University, coaching two semi-pro teams in Kansas, and as head coach and then athletic director for Northeastern Oklahoma A&M. He returned to Enid in 1992, serving as activities and athletics director of Enid Public Schools. Bill served two stints as coach of the Enid American Legion baseball team, including in 2005 when the Enid Majors won the national World Series. He is a former president of the Oklahoma Athletic Administrators Association and a member of the Enid High School “E” Club Hall of Fame. 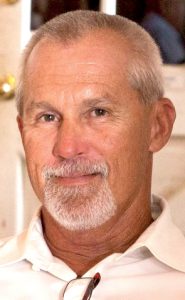 The ballpark and related facilities remain in top condition due to Scott Pendleton, superintendent of facilities since the ballpark was being built in 1998. Scott, plus ballpark volunteers and Enid Public Schools employees as needed, ensure the field and facilities are in the best condition possible. He gets tested, too, with up to 400+ games being played at David Allen Memorial Ballpark each year. Yes, Scott is “a baseball guy,” playing shortstop at Eastern Oklahoma State and Northwestern Oklahoma State during his college days.

Managing the front gate, fan store, season ticket sales and ballpark guest services is Judy “Nana” Thorp. She enjoys the relationships developed with fans, and she is typically at the ballpark whenever games are scheduled. A longtime Enid resident, she tries to have answers for any questions about the ballpark or the community. Just call her “Nana.”